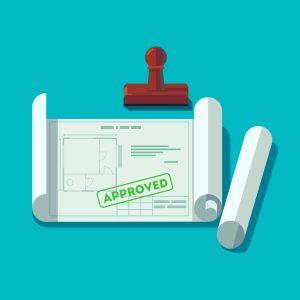 California Gov. Gavin Newsom signed into law two new housing bills, SB 9 and SB 10, that will essentially end single-family zoning and increase the state’s housing production. Though it remains to be seen whether the new laws will help alleviate California’s mounting housing crisis, the legislation will begin to impact homeowners and developers at the start of the new year.

Beginning on January 1, 2022, SB9 will allow the development of up to four residential units on lots typically reserved for single-family homes. Developers and owners can increase their units in a few ways: Divide a single-family lot into two lots and add a second, single-family home onto the newly created lot, or place two duplexes onto the two lots.

SB 9 only applies to lots in single-family residential zones located within cities or urbanized portions of an unincorporated county that include an “urbanized area or urban cluster,” as defined by the U.S. Census Bureau. (The bureau’s proposed classification for the 2020 Census seeks to define urban areas and clusters as areas with at least 4,000 housing units or a population of at least 10,000 people. But in the 2010 Census, urbanized areas were defined as 50,000 or more people while urban clusters were between 2,500 and 50,000 people.)

Properties built on these lots cannot be used for any business purposes, and single-family lots in historic districts and landmarks are also excluded from upzoning under SB 9.

Under SB 9, owners and developers cannot demolish or otherwise alter affordable housing, rent-controlled housing or housing that has been occupied by a tenant in the past three years.

To split a lot, an owner or developer will have to submit an application to a local agency, which will approve or deny the request based on specific requirements relevant to that city. But for the most part, local government officials can only deny a request if the proposed project would have a “specific, adverse impact” on “public health and safety or the physical environment” and if there is no “feasible method to satisfactorily mitigate or avoid the specific, adverse impact.”

Newly split lots must be at least 1,200 square feet each, and one of the two lots may not be smaller than 40 percent of the original lot. New units created on these lots cannot be used for short-term rentals, meaning that they must be rented for more than 30 days. Homeowners must also live in one of the units as their primary residence for at least three years if they choose to split their lots or add new units.

SB 10 is meant to make it easier for cities to develop apartment complexes with a maximum of 10 units in neighborhoods close to public transit by allowing local governments to bypass the approvals process under the California Environmental Quality Act. By streamlining the process, the idea is that more affordable and accessible housing can be created at a faster speed to address California’s housing crisis.